"Don't be afraid to give up the good to go for the great."
-by John D. Rockefeller

Are You Losing Sales and Profits by Not Taking Bitcoin and Other Digital Currencies? Digital currency. The words are enough to strike fear into the heart of many small business owners. It’s not as if you don’t already have enough to deal with, and the risk that you might now have to learn to use a new form of currency is daunting.

Here’s a primer on what digital currency (also known as crypto currency) and how you can expect it to affect your business over the next few years.

The “blockchain” was developed in 2008 and is a digital ledger that stores data in records called blocks. Each block is linked to the one before it and to the one following it. This gave rise to the “chain” part of the name.

“A blockchain is a decentralized and distributed digital ledger that is used to record transactions across many computers so that the record cannot be altered retroactively without the alteration of all subsequent blocks and the collusion of the network.” - Wikipedia

Every block or record is individually secure and impossible to alter once it is created,

Every block or record is individually secure and impossible to alter once it is created, and each new block added to the chain helps verify the action that took place in the preceding one.

The Open Univ. - Click for Full Image & Excellent ArticleThe end result is a connected set of records showing every transaction in the sequence, which cannot be deleted or changed in any way.

The technology has future implications beyond its use as a currency, ultimately, these may prove to be even more valuable to businesses.

Blockchain is used for processing other types of secure digital transactions between parties, such as:

The blockchain is ideal for the secure transfer of money and sensitive data,

The blockchain is ideal for the secure transfer of money and sensitive data, without the need for a bank or other intermediary to process the transaction. The software is browser-based and free, so users don’t need to spend any money downloading an application, it’s always up to date and nobody owns it.

What is Digital Currency and How Does It Work?

Blockchain was originally developed to underpin Bitcoin, but more than 900 other digital currencies now use it too. Below are five biggest of these.

How Does Crypto Currency Work?

Each transaction is a transfer of value between users’ digital wallets.

Each transaction is a transfer of value between users’ digital wallets. The transfers are recorded in the blockchain, and each wallet retains a secret piece of data called a private key. The key is used to sign the transaction and provide proof of the sender and receiver’s identities, and once signed the transaction can’t be altered.

The sharing and deciphering of the transaction blocks by the sender and receiver is called mining, and

it enables you to send or receive money or information without using a bank,

it enables you to send or receive money or information without using a bank,, PayPal or other third party that charges a fee.

Bitcoins and other currencies have their own exchange value against the dollar,

Bitcoins and other currencies have their own exchange value against the dollar, which fluctuates just as physical currencies do.

The main benefits of using digital currency are:

There are downsides however, including:

However, we are rapidly seeing more online retailers like Amazon and Etsy offering payment in Bitcoin for users with the right app.

The future impact on business

The use of blockchain-based digital currencies have great potential in business,

The use of blockchain-based digital currencies have great potential in business, particularly for small companies. Regardless of the type of products or services you offer, most businesses accept electronic payments already. If you can accept electronic fund transfers, PayPal transfers, or online credit card payments, there’s no reason why you can’t accept Bitcoin or one of the others.

As soon as you start accepting payments in cryptocurrencies you’ll begin to enjoy the advantages, including:

Blockchain is for more than payments

In addition to the payment benefits,

businesses will be able to sign agreements with clients and suppliers using blockchain technology.

businesses will be able to sign agreements with clients and suppliers using blockchain technology. Once a contract is digitally signed this way, paper copies aren’t required because the digital record is unbreakable. It won’t be long either before systems can be set up to trigger certain actions on receipt of a signed contract via blockchain.

Getting Ahead of the Game

It’s a given that

small and medium-sized businesses find it harder to keep up with technological developments than the big companies, and the reasons are obvious. Usually, budget is the primary factor, followed by lack of time and shortage of human resources.

In the case of digital currencies, two out of three are irrelevant:

Don’t wait until you lose clients before getting started with Bitcoin.

Don’t wait until you lose clients before getting started with Bitcoin. Take your time, set up a digital wallet and play around with it for a while before you introduce it to your clients, so you’re coming from an informed position.

Even if it takes a while for your customers to adapt to using it, when you land that one big contract you’re waiting for and they want to pay with Bitcoin, you’ll be ready.

Resources you can use: 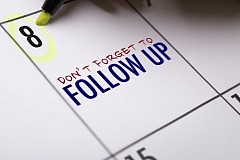 How to Improve Sales and Increase Business Profits You have to persuade to make a sale. Use these strategies and start closing more immediately Is There A Formula For Success In Sales?